Say Something (People Stamp Your Feet) 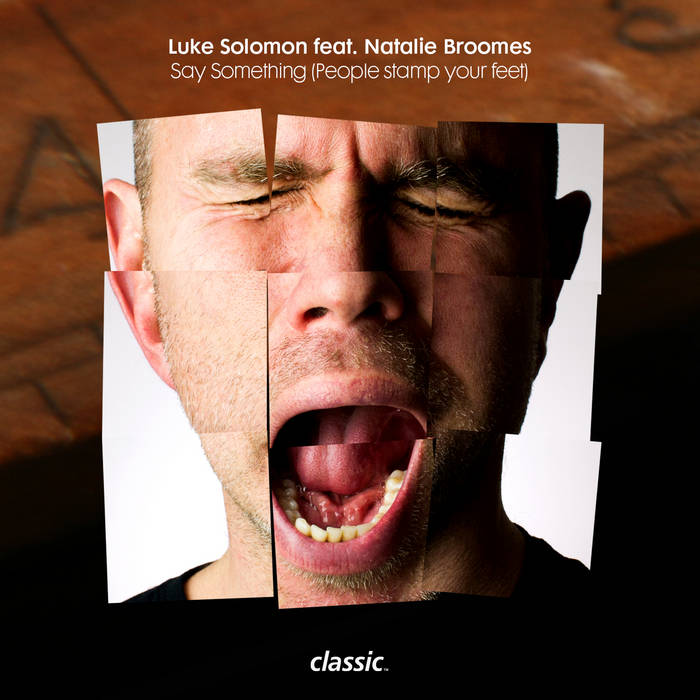 ‘Say Something’ is the new single from the forthcoming Luke Solomon album ‘Timelines’, and is backed with remixes from Akufen and Julien Chaptal.

Solomon is a name synonymous with quality house music and the British house music scene. His stewardship of Classic alongside Derrick Carter has launched countless illustrious careers, his idiosyncratic productions won many a fan and his DJ sets taken a skewed yet highly individual look at modern electronic music (as well as rocking floors) the world over.

‘Say Something’ is vintage Solomon; dense, rhythmic house with an acidic, flailing funk that is unmistakably the British producer’s own. Punchy vocals and nifty tweaks and twists conspire with the tracks backbone, and you have a real throwdown of a track, albeit one with uncompromising depth. Akufen, a name who has been long associated with Classic and Luke himself, turns in a rare-as-hens-teeth remix which sees the Canadian cut and paste pioneer drop his some of his most funk-laced work in years. Light, organic and with just enough of that bizarre Akufen off-side production and swing, it’s a master class of a remix. Julien Chaptal follows a superb release for Saved with his remix of ‘Say Something’, a boisterous bass led number which wraps itself around some heavily warped portions of the original’s vocals creating a simple and devastatingly effective version.