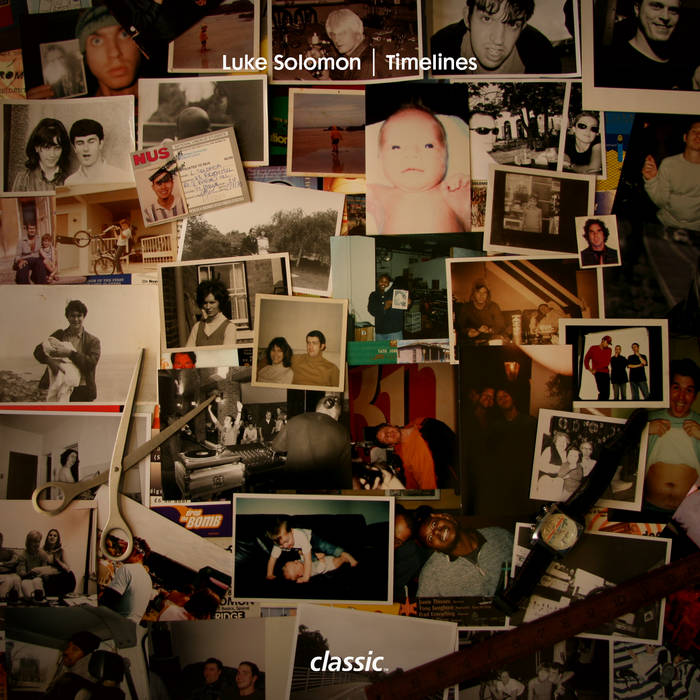 ‘Timelines’ is the new LP from British house producer and DJ Luke Solomon.

Luke Solomon’s influence on house music has been strongly felt for many years. As a DJ and promoter he pioneered mid-week London clubbing with his legendary Space night alongside the late, great Kenny Hawkes. As a producer he has constantly delivered original, often idiosyncratic and always unique house music (and beyond) for an enviable list of imprints. As an A&R he has helped develop many a career (Tiefschwarz, Freeform Five and Isolee to name but a few) with Classic Music Company, and continues to do so with Classic and his new role as one of Defected’s A&R team.

Speaking about making ‘Timelines’ Luke had this to say. “It is an album that I have been making and remaking over the last six years. I started work on it off of the back of The Difference Engine (Rekids), my last album under my own name. The idea was to make the album part of a trilogy, this one being representative of my more Balearic roots. The original version that was completed fell on deaf ears quite considerably and it became a bit of a sticking point for me. I decided to put it to one side and in the process started working on some other music, which in turn, helped me stumble across new sounds and production techniques. The initial idea was to work on a series of songs that represented significant points in my life, both lyrically and musically. It then became more relevant to the six years of writing and producing the album. A lot of shit happened, and I was able to pour it into finally completing the album. I then decided to keep the album guarded and close as it had become that personal. I didn't want the album to be effected by opinions of those that were too close to me and the music. What I ended up with is something that has come straight from the heart, made possible by joining forces with a whole stack of talented musicians and singers over the last six years.”

‘Timelines’ is, as even the incredibly humble and self-effacing Solomon would agree, his best work to date, featuring contributions from Jon Marsh, Natalie Broomes, Terry Grant and Tiger,Tiger. It’s also an album which is heavily song and musician focused, setting its stall out as a real listening experience from the off. A cohesive, deeply personal labour of love that is the culmination of years of work and countless emotional trials and tribulations.

Featuring Gary Bartz, 5 years of Rhythm Section Intl and an LP of the week by Nicolas Jaar